PlatOn on AI and Blockchain Technology

PLATON NETWORK & DECENTRALIZATION OF ARTIFICIAL INTELLIGENCE: AI REVOLUTION.
INTRODUCTION
The advent of digital computers in early 1950s spurred researches for the possibility of Artificial Intelligence before it slowed down due to the difficulty encountered. AI regained its reputation in the 1990s when it provided solutions to some specific problems. The advancement in computer systems with improved algorithms and access to large amounts of data enabled machine learning, deep learning and the eventual rise in the application of AI.
Artificial Intelligence refers to system that can learn for themselves, without requiring human intervention. The first step in creating an AI system is to feed it data, this is called “Training”. The usage of this is currently centralized by big tech companies even though these companies have helped develop this technology. The public is however weary of how much power they have wielded over our data and digital lives. The people have become skeptical about the intention of these companies amassing so much of our data which can make them too powerful leading to resources being centralized which might be problematic for consumers and smaller competitors. When it comes to AI, bigger isn’t always better. Centralizing resources by the few big players also centralizes decision-making power over critical aspects of our lives. For example; if a tech company controls an AI system that is used to determine what information we can see online, then that company is able to decide which voices can be heard. Or if a Company is able to collect health data on us all, they are able to decide who has access to it and how it is used.
AI PROGRESS
The AI technology has commanded considerable attention in the last decade with many existing commercial product using AI technology to solve consumers problem and improve customer’s experience. Examples of this are Siri by Apple, Alexa by amazon, Smart assistances by Google and Self-driving cars by Tesla and so on. But despite these successes, the expected progress is far from expectation. The centralization of AI technology has hindered the growth of Advanced AI and AGI (Artificial General Intelligence). The monopoly exercised by the big tech companies has stalled the development and decentralization of AI technology. To promote the growth of AI technology, small organizations needs to be given a fighting chance by keeping AI decentralized.
AI and AGI are two different things often used interchangeably. Artificial intelligence is computer software that can learn tasks and perform them. It can recognize patterns based on data. AGI is the science of programming a machine to carry out any intellectual task that a human mind can perform. This would be true AI: a machine capable of thinking like humans do. As said earlier, attaining this level has been stalled by the centralization of data and power by the big tech firms who only conduct researches for the benefit of their product for commercial gains bringing about lack of long term goals and foresight for other possibilities like AGI (Artificial General Intelligence).

THE CHANGE BY PlatON
While understanding that AI and BLOCKCHAIN is the future (Blockchain allowing the verification and storing of data in a decentralized manner cum privacy-preserving features), PlatON envisions the successful use of this technologies and its features in a cohesive ecosystem, working together for the good of the general populace. PlatON brings blockchain, AI and privacy-preserving computation together to create a decentralized collaborative privacy-preserving AI network that takes data utilization to a new level. It also serves as an infrastructure for autonomous AI agents and their collaboration that can facilitate the emergence of advanced AI and explore the path to artificial general intelligence (AGI). Based on an underlying blockchain network, PlatON will first establish a decentralized privacy-preserving computation network that connects data, algorithms, and computing power through privacy-preserving computation protocols. Developers can obtain the required resources at low cost, train AI models and publish them to the network, where AI services or agents interact with each other to form a self-organized, collaborative AI network. The key is creating an environment in which AI agents work together in a coordinated fashion. Within this environment that will be created by PlatON, AI could evolve much faster. Anyone can access AI technologies or become a stakeholder in its development on this network, thus achieving AI democratization. The PlatON network creates a new AI fabric that delivers superior practical AI functionality today, while moving toward the fulfillment of PlatON’s AGI visions of tomorrow.
PlatON’s VISION & GOAL
Combining blockchain and privacy-preserving computation technologies, PlatON is building a decentralized and collaborative AI network and global brain to drive the democratization of AI for safe Artificial General Intelligence.
• To build the infrastructure needed for autonomous AI agents and their collaboration to facilitate the emergence and evolution of advanced AI, and to explore the path to general AI.
• Extend the power of AI to anyone who requires it through our decentralized network and open-source software tools to make the best AI technology accessible for the masses.
As PlatON sets to make this vision a reality, this would generally improve the use of AI technology not only by the big techs but also by small enterprises bringing about progress in the industry and enhancing smooth transition to the era of Artificial General Intelligence. PlatON strives for the decentralization of AI development so that its growth is shared by people. In addition, PlatON will provide seamless interaction between AI agents working together to accomplish more complex tasks while efficiently solving problems.
WELCOME TO THE FUTURE OF AI and BLOCKCHAIN. 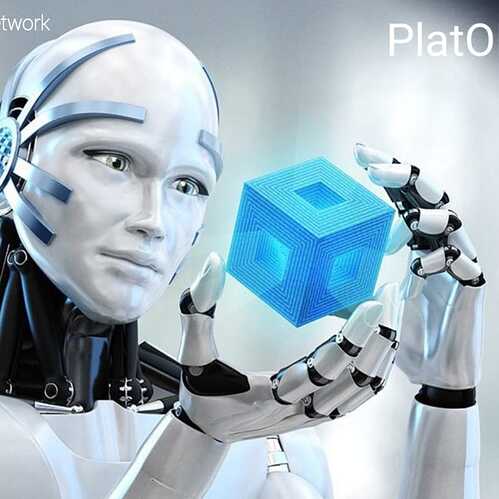 A very good write up starting from historical perspective of the 90’s… Great piece!