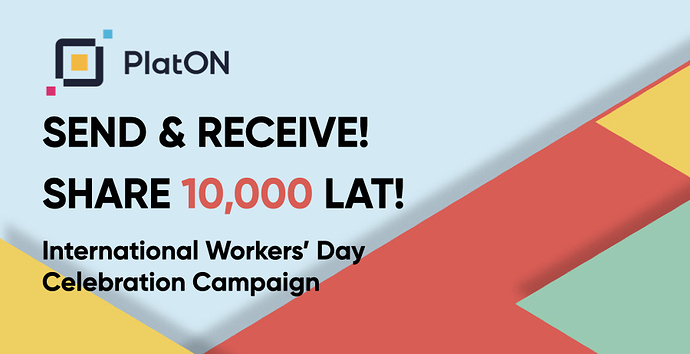 Award verification period: May 6 to May 15

Award announcement period: May 16 to May 20

During the campaign time period, all the LAT transfer that meets the requirements will be awarded to the address where the LAT is accepted. All winning addresses will share the 10,000 LAT prize.

HOW to Get the LAT ？

We have issued 0.427 LAT to all addresses that have won in previous campaigns (including LAT and aLAT). Look for them in the community!

Make a transfer during the campaign time and the prize will be drawn based on the hash of the transfer transaction.

As shown in the picture below, the arrow pointing to “ f ” is the fifth digit of the transaction hash from left to right.

Each winning address matches one Twitter, Telegram or WeChat Username and only win once; multiple submissions are based on the first one.