A class should be decorated by CONTRACT , must publicly inherit platon::Contract base class, and has init member function which will be executed in deployment once. 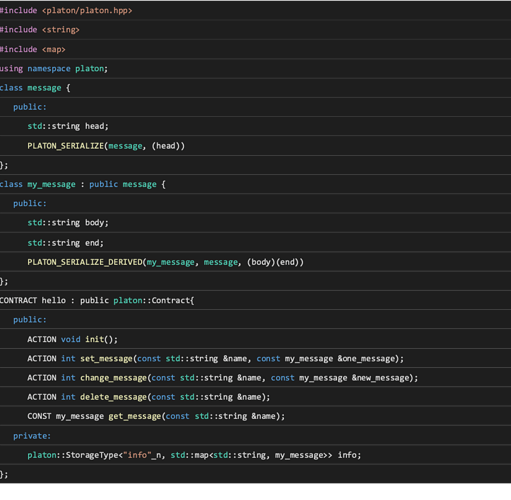 The implementation of smart contract method should add ACTION or CONST the same as the head file, and apply the PLATON_DISPATCH macro declaration smart contract class and method. 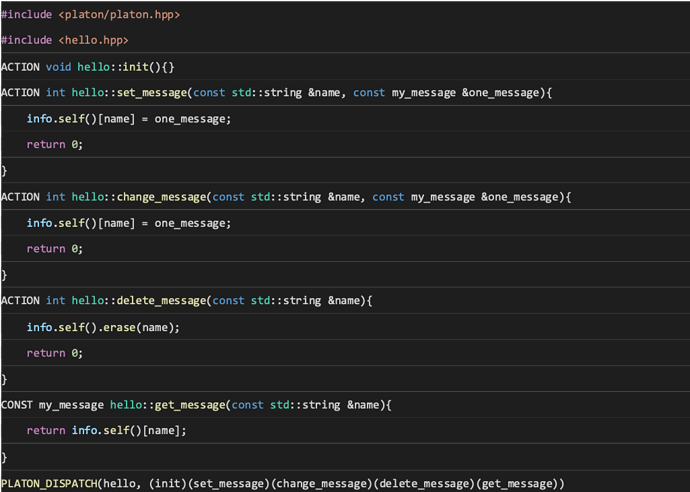 Developers are recommended to set the permissions for the execution, burning, migration upgrade of smart contract, and other sensitive actions.

When burning smart contract, check whether if the trading initiator is the smart contract owner. If yes, burn it, if no, exit the burning process. 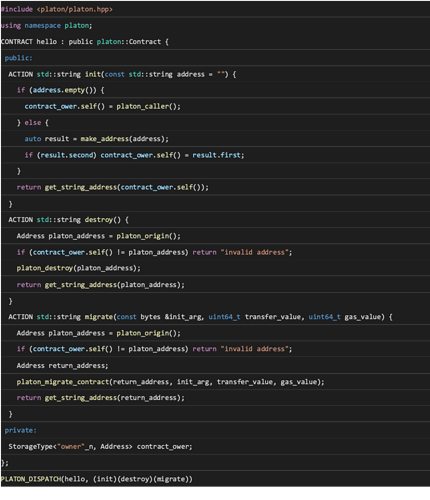 The WhiteList class enables developer to add, delete and check whether if it’s in a white list.

A smart contract can support multiple white lists, and provides “ SysWhitelist ”, the system white list class, at the same time. Usually, SysWhitelist is OK to the great extent. 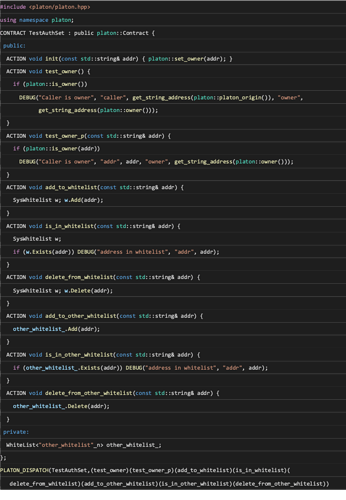 The return_address parameter is included in the new smart contract address, and the init-arg should be: magic number + RLP (code, RLP(hash(“init”), init_paras…)) .